In Yoga for Detectives: Lesson One, Jaya began to understand that her guru’s plan for her may have something to do with her ability to solve mysteries and protect good souls who are in danger. But she, herself, is never in any real danger.

In Yoga for Detectives: Lesson Two, all that changes. In the very first pages we come upon Jaya alone, bruised and broken, awaiting certain death.

The twists and turns of this second book take our characters through the crowded streets of Mumbai, into the ruins of temples in Goa, crossing into Basque Country, delving deep into the archives of The British Museum in London and, finally, making their way through the labyrinth of the Three Counties Caves System in the Yorkshire Dales.

Deceit and desperation are the name of the game as Jaya and her friends discover that some people are willing to do anything to prevent the truth from uncovering a saint’s extreme unsaintliness.

Once again Ansui, the elder statesman of The Brahmacharya Das Legacy Meditation Center in Manhattan, brings his grumpy disposition, wise quotes and loving heart to the tasks which threaten those good souls who come under Jaya’s protective wing.

We learn, together with Jaya, to appreciate Daniel’s inner strength and creative intellectualism, as he helps unravel the intricacies of centuries-old secrets. Working together with him from far away, Ananda begins to acknowledge her own growing feelings for Daniel, painfully in conflict with her understanding of Jaya’s relationship with him.

And, always, the children’s stories are interwoven with the danger, tragedy and heartbreak which the adults encounter. Another young cousin, Yarden, joins Ariel and Tal on a lark, in a European vacation which may be their final adventure.

Sinister and highly dangerous men, cloaked in the righteousness of their religious order pull apart the lives of all the characters we grew to know and love in Yoga for Detectives: Lesson One.

Will they survive for a third lesson?

Read the sequel, Yoga for Detectives: Lesson Two to find out. Available on Amazon Summer 2016. 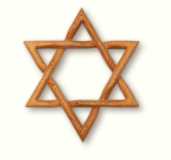 Brought up in one of "those" families - a challenge. Lucky enough to marry someone who inspired me to create a much-healthier family and have a life which helped me begin to love myself. From Texas to California to Wisconsin to Israel. From reliable, responsible child to rebellious teen to fearless young adult to grateful grandmother. Five beautiful, fascinating grown children. Fourteen amazing, enchanting grandchildren. From university teacher to researcher to couple counselor to political spokesperson to yoga instructor. Still married after all these years. View all posts by gettingoutalive

This site uses Akismet to reduce spam. Learn how your comment data is processed.